WINE AND ART IN CHIANTI. By Steven Spurrier. 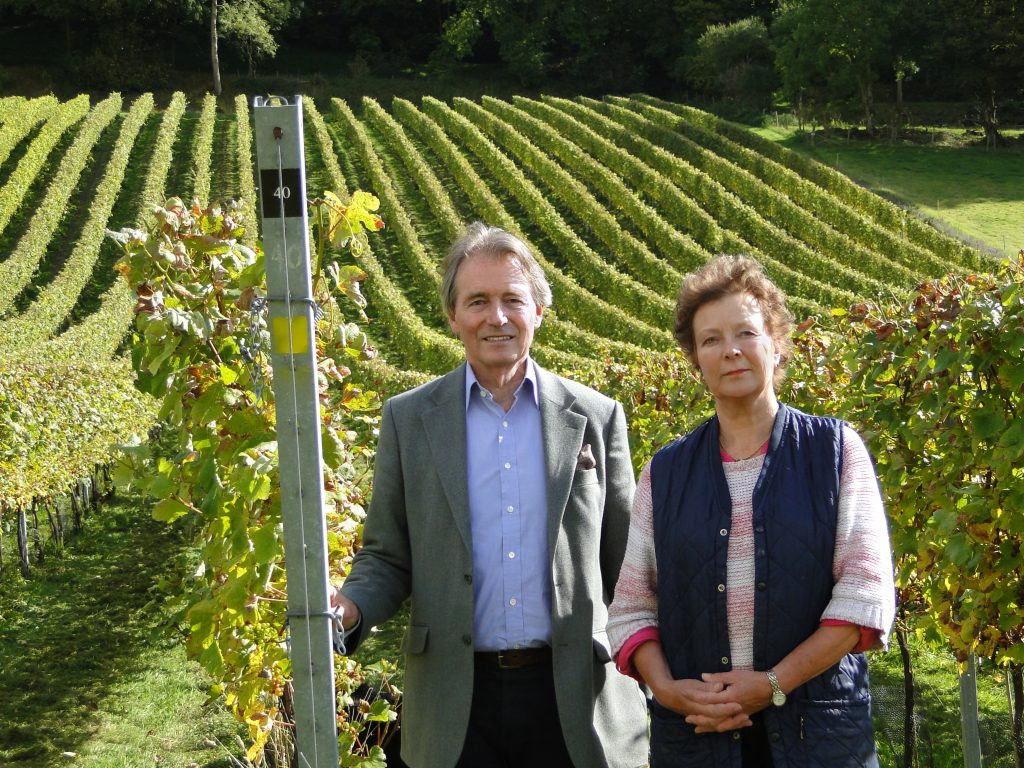 Peter Femfert, the German owner with his Venetian wife Stefania of Fattoria Nittardi, is an Artist.  He would not think so, for his main profession consists of running Die Galerie, Franfurt’s leading art gallery specialising in modern painting and sculpture, so he might say that he works with artists, represents them, befriends and understands them, but is not one himself.  Yet at Nittardi, the historic estate that he bought in 1983 thinking that he was merely assuring himself and Stefania of a home for the holidays, he has created a true Work of Art.

Fattoria Nittardi, an estate producing wine and olive oil north of Castellina in Chianti in the heart of Tuscany nearer to Siena than to Florence, has a history of almost 1,000 years.  In the 12th century the fortified tower that dominated its surroundings was known as “Nectar Dei”, which presumes a wine production of some quality.  In the early 16th century the spacious estate was the property of Michelangelo Buonarroti, who assigned to Lionardo, the son of his elder brother, the role of manager.   There is a letter from Michelangelo to his nephew requesting that he send a few “fiaschi” of the Nittardi wine to Rome as a present for the Pope Julius II. under whose benevolence he was cresting the masterpiece that is the Sistine Chapel.  History repeated itself half a millenium later, when Peter Femfert donated the first few bottles of his new estate in Tuscany’s Maremma – labelled Nectar Dei – to Pope Benedict XVI., who accepted the gift with joy, sending a hand-written card of thanks.

Following the purchase of Nittardi in 1983, with a vineyard reduced to 4.5 hectares and barrels of the 1981 and 1982 in the vaulted cellars, Peter Femfert used his love of art and deep friendship with the artists Die Galerie represented to differentiate the wines of his estate from other Chianti Classicos.  Having an artist design a wine label was not new, for Baron Philippe de Rothschild had inaugurated this at Mouton-Rothschild in 1923 and these labels, created by many of the world’s most famous artists, have run in unbroken succession since 1946.  The 2005 Mouton label carries a watercolour by no less a person than Prince Charles.  The 2005 Nittardi label, the 25th, carries a design by Yoko Ono.  Yet Peter Femfert went further than the Rothschilds:  he asked for a design not only for the label but also for the wrapping paper that sheathes each bottle.  The fortunate recipient of a bottle from the single vineyard Casanuova di Nittardi thus has two, not one, visual expressions, which is typical of Peter’s playfulness and generosity.

In little more than two decades the Nittardi vineyards have been expanded to 12 hectares surrounded by woodland.  The estate is a bucolic art gallery, with sculptures large and small surprising the visitor along the winding garden walks, creating an excitement that enhances, rather than interferes with the sense of peace that even the shortest visit to Nittardi affords.   More recently, a five-year search with his oenological consultant the renowned Carlo Ferrini for perfect land in the Maremma, ended with bare land on the raw hills between Scansano and Montiano, overlooking Monte Argentario over two hours drive to the south-west.  With only the second vintage, Nectar Dei 2004 was placed first, the only wine to receive 5 stars, at a tasting of 186 wines from the Maremma at Decanter Magazine.

I write this in a spirit of total admiration for Peter Femfert.  Few people, as outsiders and in the space or a quarter of a century, could have created such a paradise as is Nittardi, an all-encompassing delight for the senses and for the soul.  Even fewer have won the countless awards that hang in the Tasting Room.   Yet, in the faintest possible manner, I can claim a connection to the dream that he and Stefania have realised:  in his early ‘teens, Peter was sent to live with his aunt outside what used to be a very prosperous little town called Belper in Derbyshire.  The prosperity was due to my Great-Grandfather, George Herbert Strutt, whose cotton-spinning factories, long since disappeared when Peter arrived in the 1960s, brought employment and wealth to the town.  GH Strutt was a philanthropist who founded a school in Belper which Peter attended for one year and which exists to this day.  There cannot be many of my illustrious ancestor’s pupils who owns an internationally-know art gallery while creating two beautiful wine-producing estates in Tuscany.  This connection allows my family to visit Nittardi with a sense of covert complicity that adds something private and personal to our joint passion for wines and art.

The original work for the 2013 label by Alain Clement hangs in the Wine & Art Room at Bride Valley Vineyards, Litton Cheyney.

View all posts by Stefania Canali →